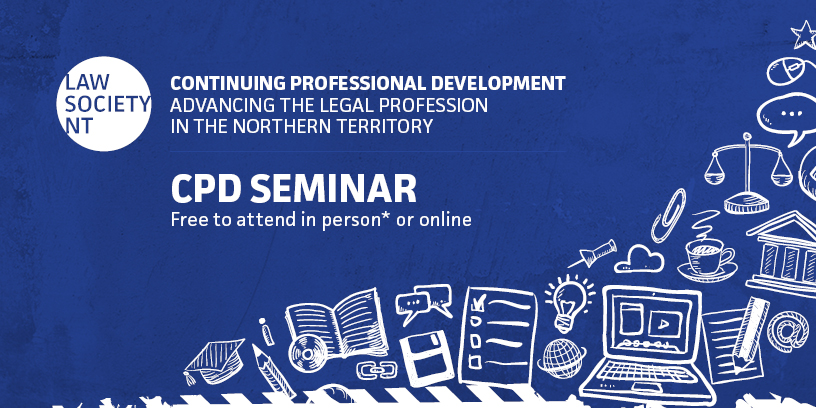 Due to COVID-19 restrictions there is a limited number of people that are able to attend in person. Please ensure you are purchasing the correct ticket type, "In Person" or "ZOOM Ticket", the zoom link will be sent out the day prior to the event.

Please note that there is a limited attendance capacity for this event in person and online.

This presentation provides the perspective of a Judge from the Supreme Court on what you need to do to prepare well for court and how to handle (sometimes uncomfortable) ‘push back’ from the bench.

The Honourable Justice Judith Kelly was appointed as a Judge of the Supreme Court of the Northern Territory in August 2009. At the time of her appointment Justice Kelly was a Senior Counsel with William Forster Chambers.

Justice Kelly came to the Territory in 1977 and worked as a secondary teacher at Batchelor Area School from 1977 to 1982. She completed her law degree in Brisbane in 1985 and was admitted to practise as a barrister in Queensland in February 1986 and a legal practitioner in the Northern Territory on 1 April 1986. She began work for the Darwin Office of Morris Fletcher & Cross, (later Philip & Mitaros, now Clayton Utz) where she became a partner.

After joining William Forster Chambers in 1996 she retained a commercial focus practising mainly in the areas of contract, partnership, building, property tax and insolvency matters, as well as some professional negligence, insurance, native title, administrative law, maritime, probate and family provision matters. She was appointed as a Senior Counsel in 2008 and has contributed in the past to the legal profession and continues to contribute to the judiciary through active membership and leadership of: